I want to make my Drupal Association tenure as open as possible and even if my appointment doesn't start until November 1st, some processes have already being started.

How does the onboarding work

A few days after the voting was closed, I received series of emails from the DA representatives. I was notified on October 2th that I'd won the elections and I was requested to accept the nomination, which I gladly did.

On October 6th all the candidates were notified and on October 13th, it was made public. Here's the announcement and my acceptance speech.

A little bit after that I got a few emails from a couple of the current board members and Audra Martin Merrick and I spent some time in a video call as an introduction. This was very nice of her and it was a very similar process to what I'd experienced on 2012.

Yesterday (October 23rd), I had the onboarding call with Heather Rocker, who is the Executive Director of the DA. This call included some other board members such as Audra, Baddý and Leslie Glynn who was elected as community director in 2019.

Alright, but how does the onboarding work

We spent 90 minutes in a video call reviewing the Drupal Association mission and values, how many staff works in the current programs, who they are and where they're located. Fortunately, the DA has moved forward a lot in the past years and not everyone is in Portland, with a couple of members in Europe and India.

There was a lot of content regarding to how the DA wants to support the community (drupal.org, DrupalCon, support to the security team, and a lot of other stuff, some of it can be found in detail in the DA “what we do” page.

Then we moved to an overview of how the finances work, most of it is public due to the 501c3 status of the DA and can be found in the accountability page.

I did ask some questions at this point regarding the new Drupal Steward program and how the revenue work. I need to gather more information but this is something I'd like to get more light on.

There were some slides and quite some discussion about the goals and objectives of the Drupal Association, I did find this part lacking of more goals towards the community at large but there was a latter part where Leslie, who is taking over the leadership on the Community committee went over the initiatives in progress. I am obviously really interested in getting started to collaborate on this committee and offer more information about it.

The board itself was presented, including new members that will be announced on November 1st and some obligations and recommendations were presented.

As a director, you need to serve in at least one committee for your term and the committees organize as working groups and meet often, while the whole board meets more or less bimonthly for what I understood. There are between 11 and 15 members at one given time, 2 of them being selected by the community (or Drupal Association members in this last election).

We discussed very briefly about the next three year plan for the DA, and we talked quite a lot about the #DrupalCares program and future of DrupalCon.

I found very refreshing being informed to what Directors are expected to do and the myriad of opportunities to add value that Heather described, I was really lost on 2012 on this area and this was really good to hear.

Things such as going thoroughly about the meeting materials before meetings or being an ambassador of Drupal were always clear to me, but I am looking forward to these additional opportunities to help.

Finally, Audra presented the board member agreement, which is available in the DA information pages and it was very similar to what I signed back in 2012.

Please mind that some of the contents of the onboarding are confidential and I am not able to share those yet.

This is what I want to know too. The board will meet before November 1st to ratify the new seats, including the community one (me), and from then I will be on my seat for 2 years.

I want to start gathering information as soon as I'm able so I can present some answers to the community regarding the election process and why the right to vote was removed from the community at large, this is my main goal and I am optimistic in getting responses.

Anything you want to ask me, please get in touch with me.

Note: This blog has the comments disabled, please feel free to send me a message through my contact page if you need to discuss anything related to the community and the Drupal Association. You can also tweet at me or find me in Drupal Slack or the distributed matrix network as pcambra.

As the Drupal Association publishes today, I've been elected to serve 2 years as at-large elected director.

I want to thank the 360 Drupal Association members that voted for me, but also the 560 that didn't put my name in their ballot. I'll do my best and I hope I don't let you down.

If by any chance you're one of the 2289 eligible voters that decided not to cast a vote, and you'd like to share your reasons with me, please don't hesitate in reaching out.

My goals for my 2 year term are the following:

It has been a bumpy election, it has had way too much hostility and I will add fixing this as part of my goals as a director. I don't feel that some of the events surrounding the election are the way forward for our community.

If someone ever tells you that your or their vote doesn't count, that no one wins elections by one vote, it seems that this one has been one of those times, ain't it. 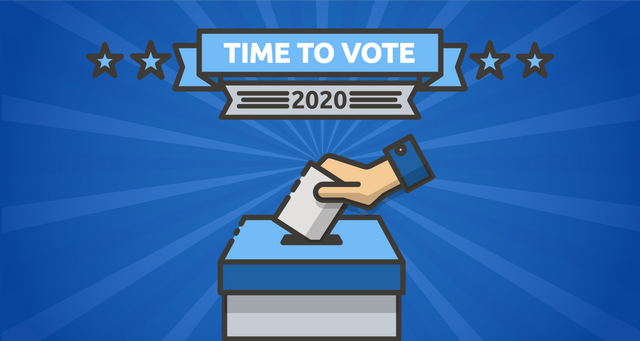 This is a template you can use to get a Drupal Association membership with the intention of voting in the upcoming election. You have until September 14th to do so and you can send it through the Contact page https://www.drupal.org/contact

I understand that I need to have the individual membership badge (https://www.drupal.org/association/individual-membership) in my profile to vote in the upcoming election, and I believe I should be allowed to vote. I acknowledge the effort in making this an easy process for the community.

I will be grateful to be registered to vote. My intention is not a free membership but the ability to express my opinion in this election. If the only way to vote is to have such membership, I would appreciate to be granted one.

Note: The comments of this blog are closed on purpose, if you want to discuss anything regarding this post or my candidacy, you've got three options – In the open: my candidacy page has the comments open for anyone with questions or comments – Via Twitter: @pcambra – Privately through my Drupal.org contact page.

Thanks to Mateu for the original text

I am running for the Drupal Association board, please find my candidacy on https://www.drupal.org/association/board/elections/election-2020-dates-and-candidates/pedro-cambra-fernandez